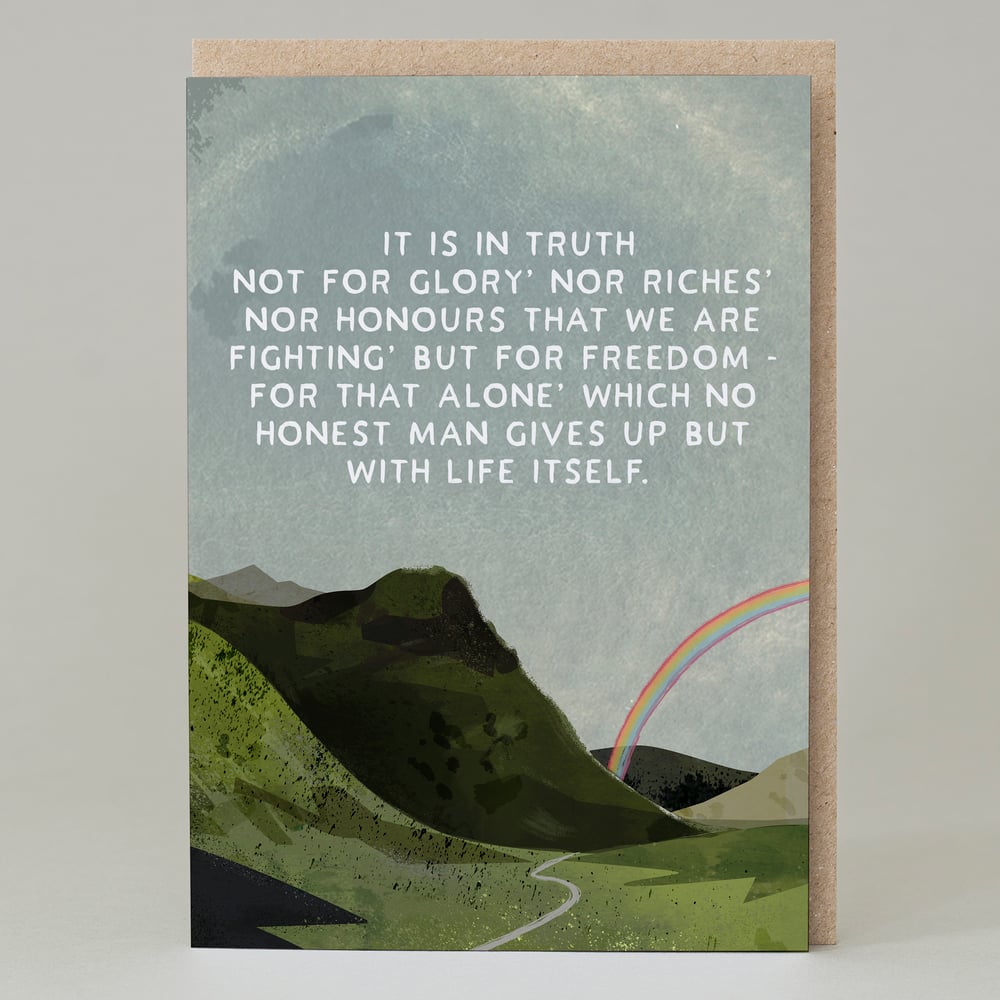 'It is in truth not for glory, nor riches, nor honours, that we are fighting, but for freedom - for that alone, which no honest man gives up but with life itself" (Card)

These are the best known words in the Declaration of Arbroath, written in 1320 by the community of the kingdom of Scotland to the Pope asking him to recognise Scotland's independence and acknowledge Robert the Bruce as the lawful King.

Send Direct: You can print you own message inside and send directly to someone, just add the "direct message" item to your order from the link below and then let us know what you want to say.

[ Add a message and send direct ]

Made from: This is a thick 16pt, FSC credited paper stock. With a light satin coating on the outside, the inside is left uncoated, making it easier for you to write your own message. Each card is individually scored, ensuring a clean fold and comes with a simple 100% recycled brown envelope.

Designed and made in Scotland