"If at first you don't succeed try, try again" Card 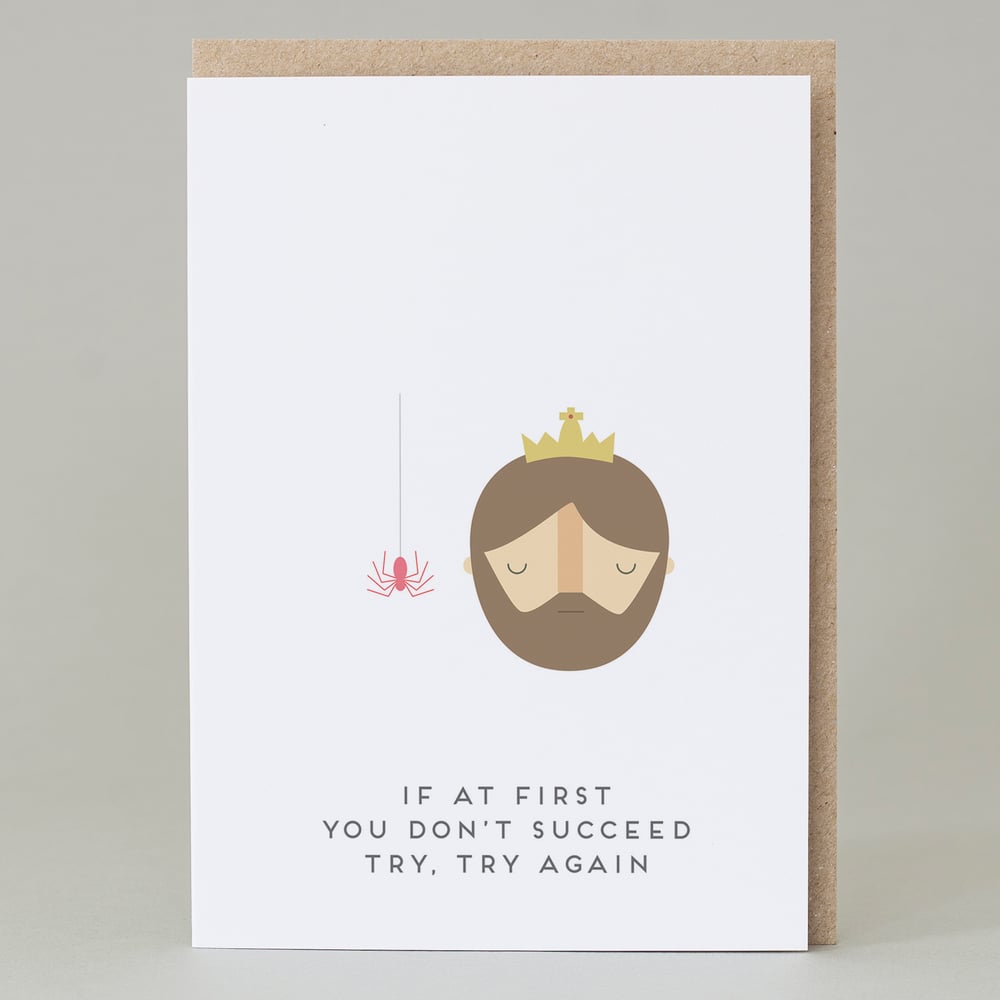 "If at first you don't succeed try, try again" Card

A quote associated with a famous Scottish warrior and national. Robert the Bruce was King of the Scots from 1306 until his death in 1329.

in 1306 his army was defeated in battle by Edward I and he was forced to flee. The myth goes that while on the run during the winter he took refuge in a cave. While there he observed a spider spinning a large web. Twice it's web collapsed but the spider kept working and on the third attempt it succeeded. Inspired by this Bruce returned to the battle and eventually was victorious.

This is a thick 16pt, FSC credited paper stock. With a light satin coating on the outside, the inside is left uncoated, making it easier for you to write your own message. Each card is individually scored, ensuring a clean fold and comes with a simple 100% recycled brown envelope.